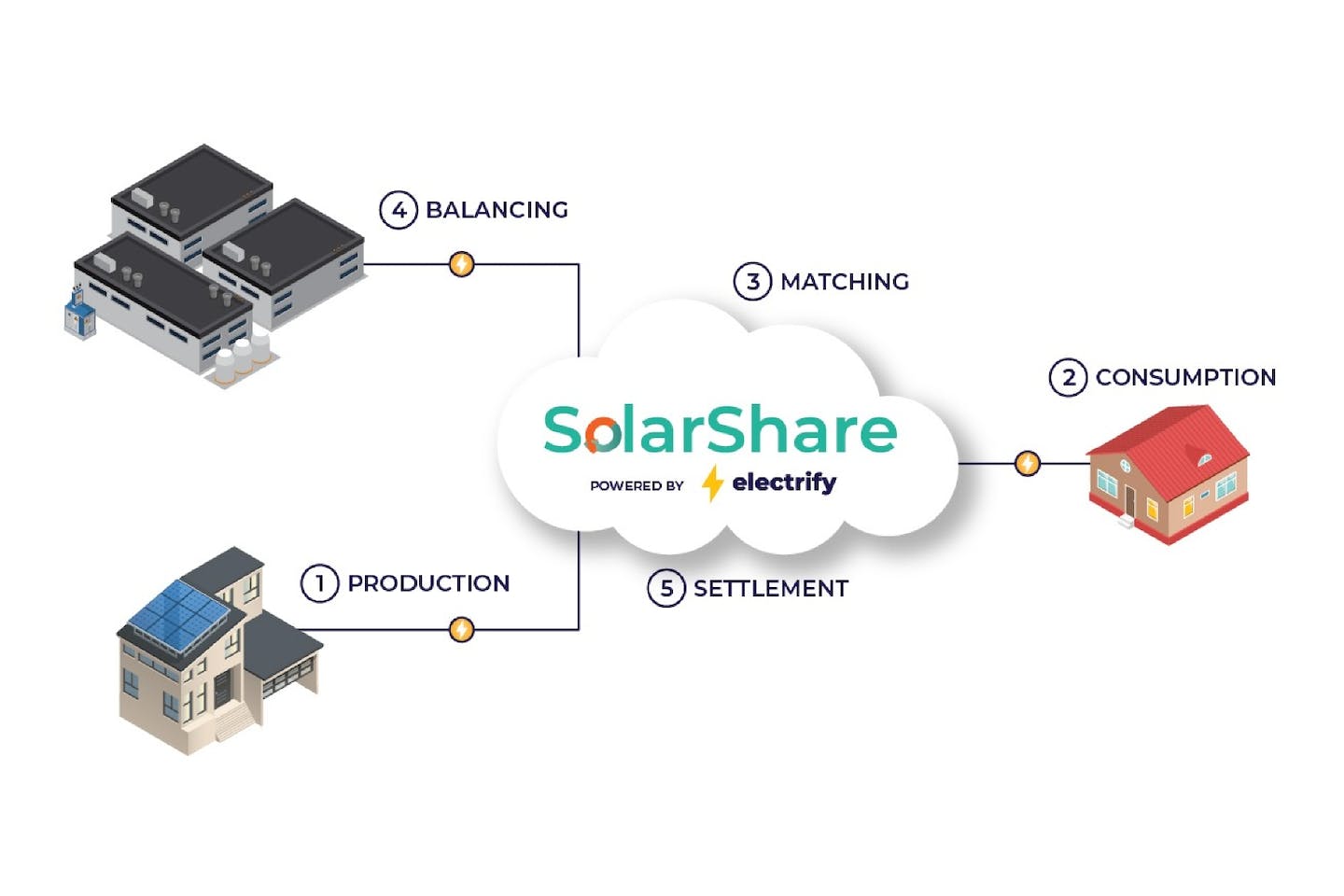 Electrify, Singapore’s foremost energy innovation company, today announced the launch of the first commercial pilot-project for peer-to-peer (P2P) energy trading in the city-state. This project will allow consumers to purchase renewable electricity produced by private solar panel owners via an online marketplace from across the city.

One of the first few of its kind in the world, the pilot is conducted in collaboration with Senoko Energy, one of Singapore’s largest and most established energy companies, and is sponsored by ENGIE Factory, the venture arm of French multinational electric utility company, ENGIE.

Running from July 2020 to June 2021, the year-long pilot has a near-term goal of deploying P2P energy trading capabilities for residential and business clients of Senoko Energy. Electrify’s longer-term objective is to showcase the commercial viability of its grid-wide P2P energy trading technology named Synergy. This will create economic incentives to increase the proliferation of distributed urban solar systems.

The joint service for this pilot is called SolarShare and is built on Synergy, an advanced P2P energy trading platform that can catalyse a renewable energy transition across Southeast Asia, enhancing Electrify’s ability to leverage the region’s strong growth potential for solar energy. Having successfully completed a technical pilot in February 2019, this upcoming commercial pilot incorporates learnings and feedback to ensure optimal outcomes.

Electrify has forecasted US$60M worth of solar energy to be transacted across major Southeast Asian markets by 2023, a significant increase from US$2.6M next year. Through collaborations with regulators and key industry players, Electrify aims to capture approximately 30 per cent of the regional renewable energy market with Synergy.

“Electrify’s vision is to foster a dynamic energy ecosystem using technology as an enabler. In doing so, we aim to contribute to a more sustainable energy landscape for Singapore and the rest of the world. The Synergy platform is one of the very few in the world capable of facilitating P2P energy trade on a city-wide scale, and is designed for a modern city by allowing us to harness rooftop real estate to maximise urban solar potential,” said Martin Lim, CEO of Electrify.

The pilot is targeting 100 participants comprising consumers who wish to power their households and businesses with renewable energy, as well as private houses and commercial properties with installed solar panels to generate electricity (“prosumers”). It has been designed to make the complex purchase of renewable energy a convenient, fuss-free affair. Private owners of solar panels list their energy offerings at their preferred rates on SolarShare, which automatically matches them to prospective customers.

“This pilot project represents a significant milestone towards industry validation for Synergy. Commercialisation would not have been possible without the strong support we’ve received from Senoko Energy and ENGIE Factory. Synergy’s launch will go a long way to enhance Singapore’s position as a technology leader in the region. We look forward to deepening our partnership with ENGIE to address the growing demand for renewable energy for economies across the region,” added Mr Lim.

James Chong, Head of Commercial Division of Senoko Energy, said: “The concept of P2P energy trading is highly innovative and smart, and its adoption around the globe is still in its early stages. We are very excited to collaborate with Electrify and ENGIE Factory, because we believe this will be the future of our energy industry, driven by a community of like-minded individuals and companies.”

Mr Chong stated: “Our decision to invest in SolarShare is driven by two key factors – our commitment to meet Singapore’s renewable energy demand and to empower Singaporeans with greater choice in their electricity consumption. A ‘prosumer’ culture will strengthen the energy security of Singapore as producers can contribute excess energy to the energy grid, while consumers can choose where their electricity comes from at their preferred price.”

Quentin Vaquette, Managing Director of ENGIE Factory, said: “At ENGIE Factory, we are committed to accelerating the transition to zero-carbon. Currently, there are just over 1,200 private residential properties in Singapore that have solar rooftop installations, with the potential for as many as 65,000 installations. Through this pilot P2P project, we hope to encourage more Singaporeans to adopt renewables and help lower the nation’s carbon footprint.”

Beyond Singapore, Electrify is currently speaking with established energy players and regional utilities to bring Synergy into their respective markets. Target geographies include Malaysia, Japan, Thailand, and Australia. Electrify is also on track for its Series A fundraise this year and is currently in talks with potential investors based in the region.

Participation in the pilot is open to new and existing Senoko Energy customers. Interested parties can register their interest in the pilot at www.solarshare.sg starting from 21 July 2020.