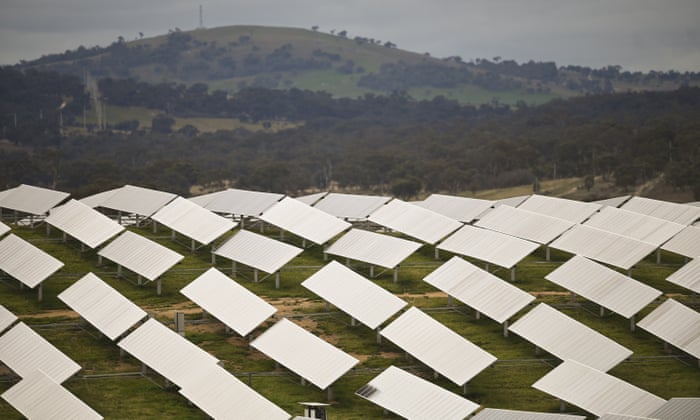 Renewable energy zones and dispatchable energy storage have been listed as “high priority initiatives” by Infrastructure Australia for the first time.

The energy initiatives are among 44 new infrastructure proposals on the priority list, released on Friday, which together represent a $59bn pipeline of potential investments.

A number of projects on the list – which has been significantly influenced by the country’s changing needs since the Covid-19 pandemic – emphasise the importance of digitisation, decentralisation, localism, service innovation and adaptability.

It called for the expansion of existing renewable energy zones or the establishment of new zones for large-scale wind, solar and hydro.

Dispatchable energy is power that can be dispatched on demand at the request of power grid operators, according to market needs.

“Introduction of new firming capacity will complement variable renewable energy sources and support the transition to the new electricity mix.

“However, without sufficient dispatchable capacity, there is a risk of power outages and load shedding in the Nem.”

Infrastructure Australia also listed the Beetaloo Basin as a high priority in the long term – 10 to 15 years – due to the “significant quantity of gas that could be within economically feasible depths to extract”.

But its future would “depend largely on extraction costs, environmental impacts, and global trends and policies that impact the role of natural gas in the energy mix in Australia and overseas”.

In the near term – within the next five years – Infrastructure Australia listed hydrogen infrastructure as a priority due to “growing interest in the production and use of green hydrogen as an energy source, as it produces no carbon emissions”.

Infrastructure Australia chief executive, Romilly Madew, told Guardian Australia that when it consulted stakeholders in mid-2020 it was “clear that infrastructure needs were changing due to Covid and it was really important to respond to that”.

Enabling digital health services for regional and remote Australia was listed as a high priority in the near term as Covid-19 had “accelerated the need for telehealth services”, the report said.

“By November 2020, more than 3.2m regional and remote Australians had accessed telehealth services.”

Infrastructure Australia warned there was a “growing ‘digital divide’ between well-connected and poorly-connected areas of Australia”.

“While there have been some improvements in market competition, many regional areas still face these issues and may not have access to future technologies such as 5G.”

Madew noted her agency had also released a report on which Covid trends were set to last, and found the trends to digitisation and telehealth were permanent.

By contrast, the reduction in public transport patronage was judged to be a “temporary bump”, offering a chance to catch up on maintenance.

Madew said the pause in net overseas migration also shifted the priority list towards upgrading existing infrastructure, through maintenance, improved connectivity and safety. She cited the Parkes bypass from Melbourne to Brisbane as one such priority.

Of the new 44 priorities, five were port projects reflecting the need to “develop export gateways” and the importance ports had played in maintaining freight during Covid, she said.

Across the country, other high priorities include:

National initiatives listed as a “priority” include Melbourne to Adelaide freight rail improvements and road access on the Outback Way.

In its 2020 list, Infrastructure Australia nominated environmental concerns including rising sea levels, water security and waste management as among its top priorities.